The Curse of the Mixed Printer Fleet

For many organisations, the true cost of operating a fleet of Multi Functional Printers (MFPs)  - or perhaps you just call them printers or copiers? -  becomes shockingly expensive. It has been shown time and again that 15% of a small organisation's total IT budget is spent on print. Clearly this is unacceptable.

The road to such costs starts with ad-hoc buying patterns, especially in rapidly expanding organisations, or as a consequence of mergers and acquisitions. New devices are placed under contract throughout successive lease or purchase agreements, and slowly a mix of technologies and even different brands are in the equation.

Different machines, often purchased from multiple vendors, arrive with their own contracts. One set of devices might have a different scale of fees for black and white vs. colour than the next series. Some machines might have been purchased with an apparent small cost per print, but subsequent investigation reveals the true cost as the cost for each toner colour used on each print: it's costing you three times as much as you planned to print a colour page!

In a mixed fleet, the IT department suffers first: firmware updates, printer driver maintenance, user access control, and fault determination become burdens on their time. These devices, being multi-functional, create additional demands on the fleet of print servers distributed across the organisation - with each print server also carrying its own maintenance price tag.

The ad-hoc purchasing and replacement tends to evidence itself in wasted expenditure: we've seen clients with more than 200 spare toner cartridges and other essential consumables without a single machine still capable of using those items.

There are many more variables than outlined above, and this is the root of the problem: printing in a corporate environment is expensive and complex. So, if your organisation has found itself unable to state with certainty the actual cost of all printing operations, then this article is for you.

Before we look for solutions, spare a thought for the users of this technology. The systems contain sophisticated technology, and they're quite centralised: for the user to be frustrated by a print not appearing correctly, they're wasting time returning to their desks to re-issue the job.

What of their frustration in being unfamiliar with the different models? They might be printing to more expensive paper - or even the wrong paper - so your waste recycling bill increases without reason.

Standardised equipment enables standardised training and a consistent user experience. It means fewer calls to the IT help desk too, and with printers accounting for circa 40% of IT help desk calls, that's two groups of people who are disadvantaged.

MPS - Managed Print Services - refers to the packing of print solutions with predicted costs, planned maintenance, service and supplies. It's often enhance with facilities for remote billing, simplified invoicing and so forth.

MPDS - Managed Print and Document Services - embeds all of MPS but extends to the entire lifecycle of both printed and digital materials. The MPDS specialist understands that your printed archive might require remote storage, scanning to digital file repositories, shredding, incorporation into a DMS (Document Management System), and so forth.

Perhaps this is a good time to watch an introductory video? Try this short piece from Xerox here - at 2:32" it's perfect. 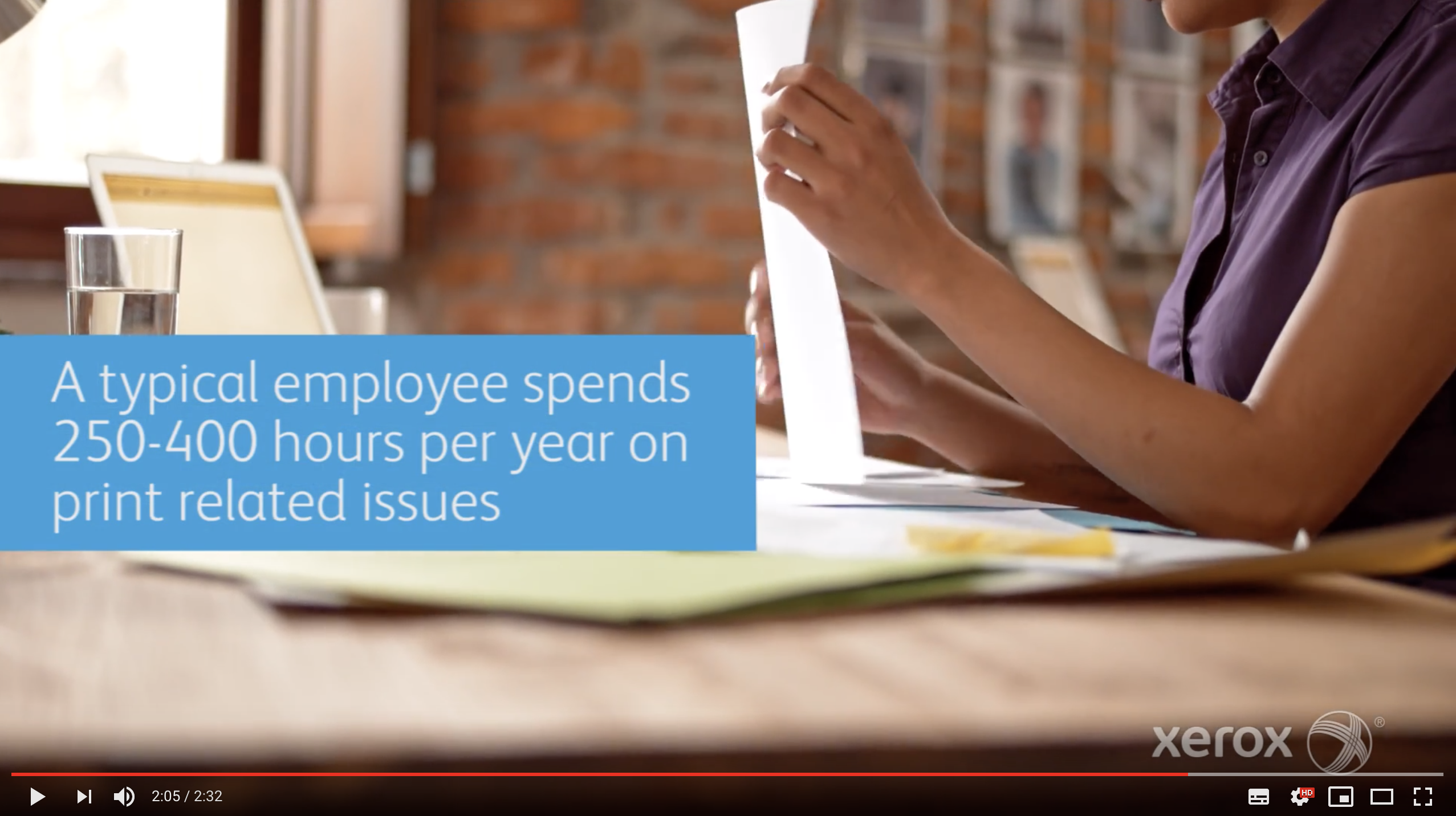 Many IT directors and facilities managers assume the Managed Print Service approach is only relevant to large corporations ... they couldn't be further off the mark.

An SME with multiple machines, especially those with multiple sites, stands to reap the rewards too. Take the example of the associated print servers and their associated operational costs! If they might be eliminated, this alone might pay for a junior IT assistant.

If you can't measure the problem, how can you be sure you've fixed it? In the case of corporate printing, where's the benefit of replacing a machine which hasn't been used for more than 15 minutes in the past six months? None.

Measuring the true cost of printing incorporates a multitude of factors, so many that it would be inappropriate to list them all here. Some of the 'headline' points include:

What must be factored too, is the actual cost of work which is outsourced to jobbing printers - perhaps many of those costs could be eliminated if the right printer was in-house?

Complex problems demand accurate measurement. To approach otherwise results in delays, wasted resources or outright failure. The process we undertake is called a Print Audit, and no two are ever truly alike. 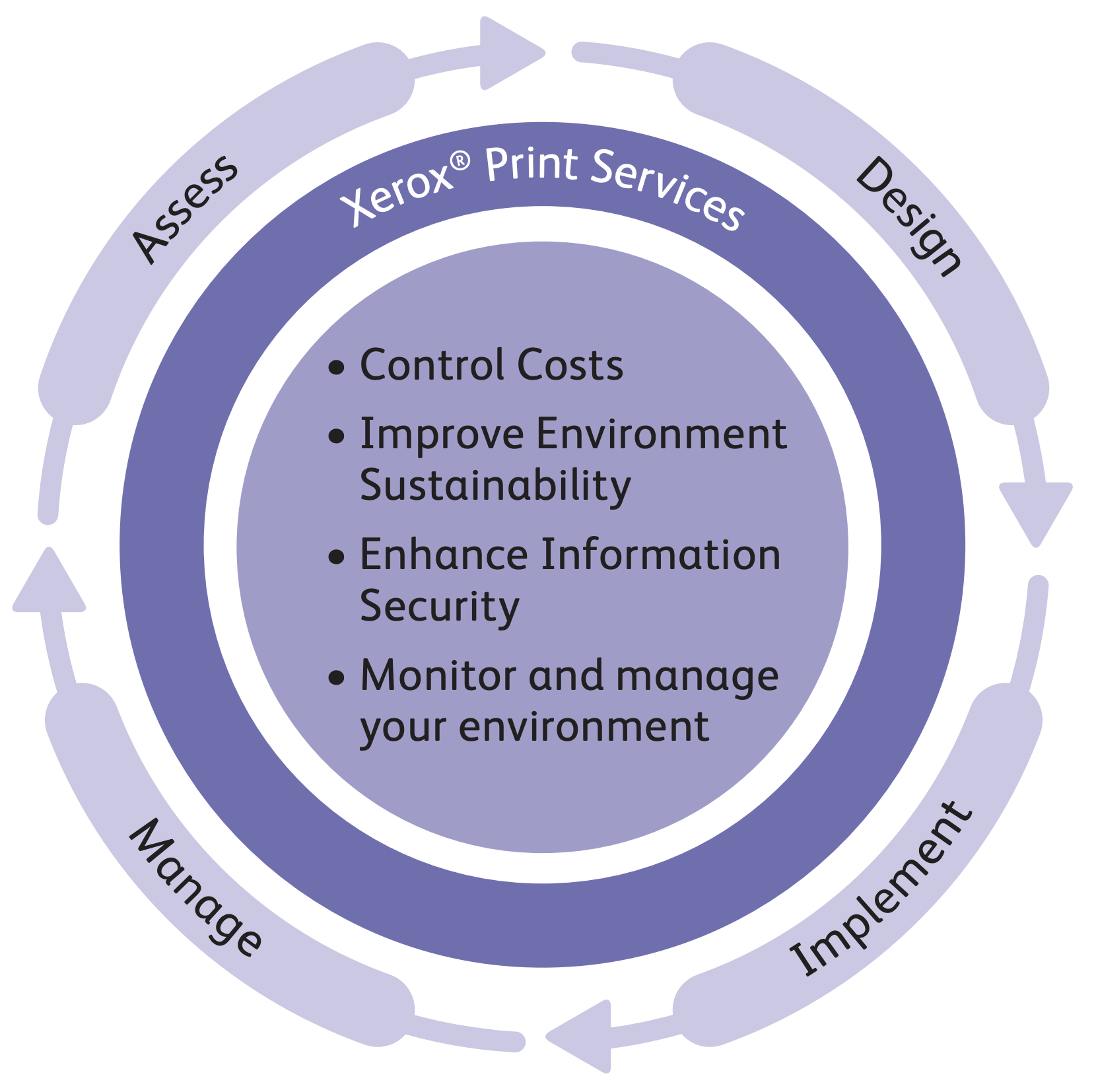 The print audit drives the entire managed print service cycle. From assessment  we can design and implement a manageable solution. Most importantly, the costs are benchmarked: at last you'll know the true cost of print and can see exactly what revenue os saved through the process, and what productivity has been enhanced.

The Xerox MPS Offering vs. 'The Rest'

The Xerox Managed Print Service is continually reviewed by industry analysts such as IDC, Gartner and Quocirca, and repeatedly it is Xerox which is cited as the global market leader.

Quocirca, in their Managed Print Landscape Report 2018 write of the Xerox offering:

Xerox retains a leadership position, by virtue of a strong global MPS platform across both office and production print environments. Xerox excels in global service delivery, providing standardised services for both Xerox and third-party products. Its ConnectKey technology platform is integral to its MPS offering, providing the foundation for its digital workflow automation solutions and services. A key differentiator for Xerox is its broad range of analytics services.

Analytics are the key. As noted above, there are innumerable factors to measure and the resultant investment can be considerable : even though the savings may equate to a reduction of 37% in the Total Cost of Ownership (TCO), one must remember that such fleet transitions will result in ramifications across the business. It's critical that the whole picture is assessed.

In an interview with Joe Gallagher, Sales Director of Advanced-UK, recently, he explained MPDS:

"With MPDS, we address environmental sustainability through innovate ways to eliminate unnecessary printing and, thus, we reduce our client's carbon footprint, usage and waste. We take it further still by considering the entire lifecycle of the documents produced: do they need to be stored off-site, scanned into a document management system (DMS), will they require shredding?"

The interview will be published shortly, but the essence is that printed documents don't cease to require management at the moment they've been created. They exist, and that existence carries a price tag.

In our modern world where we're waking up to the hazards of our waste, the very type of paper we're using carries an environmental signature. Managing that total lifecycle is thus of increasing importance to every organisation since the clients of those organisations are becoming more environmentally conscious. 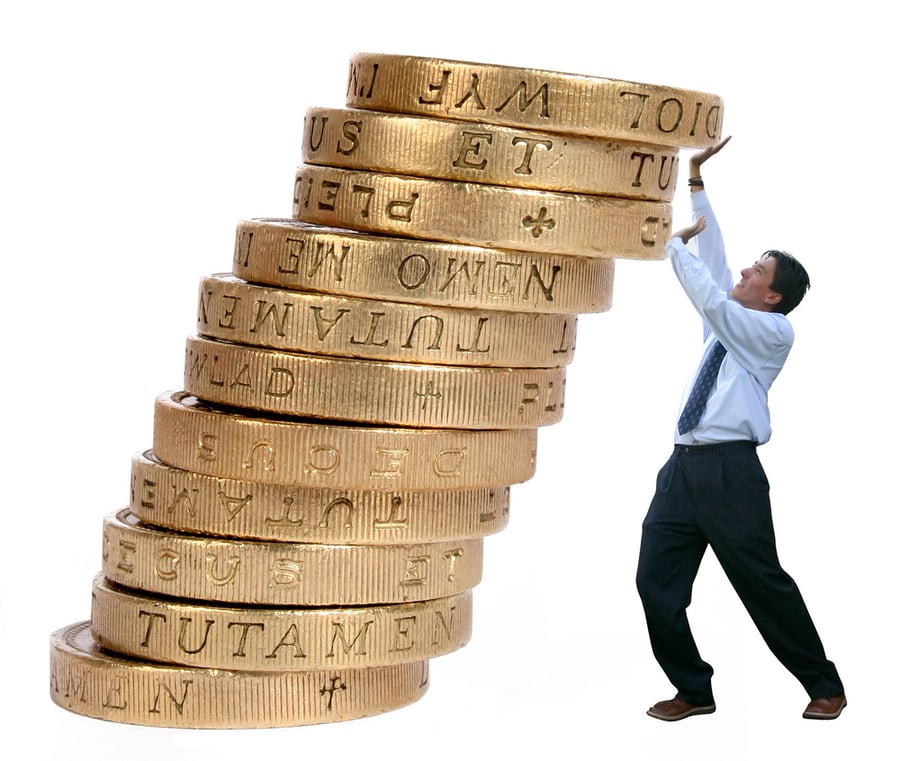