After a new study in June claimed that AI will overtake humans by 2060, Elon Musk tweeted that it will probably be “closer to 2030 or 2040.” It hasn’t helped calm people’s nerves to read that Cornell University researchers have claimed that every human job will be automated within 120 years.

Extreme? Very probably. But mass unemployment? Most unlikely. As with the Industrial Revolution, there will be change, but with this change will come opportunities to improve health, animal welfare, the impact of humans upon the environment, and improved standards of living.

… and none of these reference shiny little robots!

Don’t get lost in the hype.

PriceWaterhouseCoopers have made the case in their 2018 AI Predictions report that 2018 marked the year in which artificial intelligence (AI) came “down to earth [and goes] to work.” 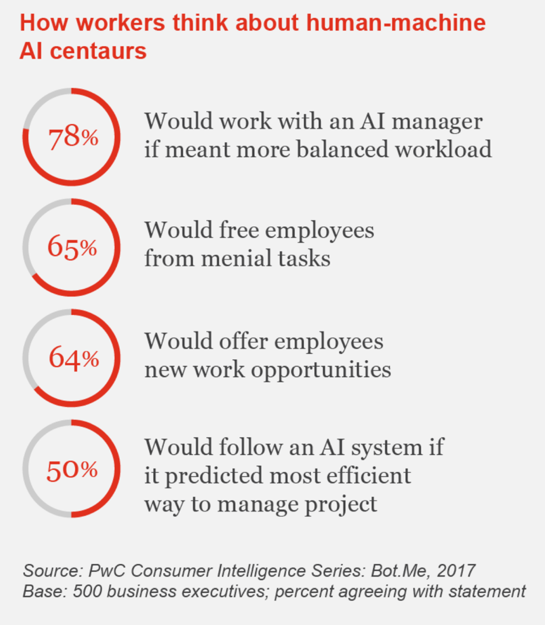 As the infographic above highlights, perhaps the reality is that AI is more accepted that many in the media would credit? The fact is, AI can enhance work, and it’s already in widespread use.

Yes, it’s already happened. Here are six examples of how artificial intelligence is being utilised by the print industry. Indeed, the Xerox implementation of AI is working in corporate print rooms and commercial printing operations right now.

What’s next for AI in the production print environment?

The current advances in digital printing are so profound that the traditional lithographic press is almost certain to decrease in importance: printers are faced with shorter print runs, demands for faster turnaround times, and increasing demands for imaginative colours and effects.

Another challenge facing the commercial printer is that the audiences for the printed output must be defined with greater precision: regulations such as the General Data Protection Regulation, and its equivalents developing elsewhere, such as in California, limit how we gather data on prospective customers. The time-bomb waiting to happen boils down to marketing departments having to maximise the return on every piece of collateral. 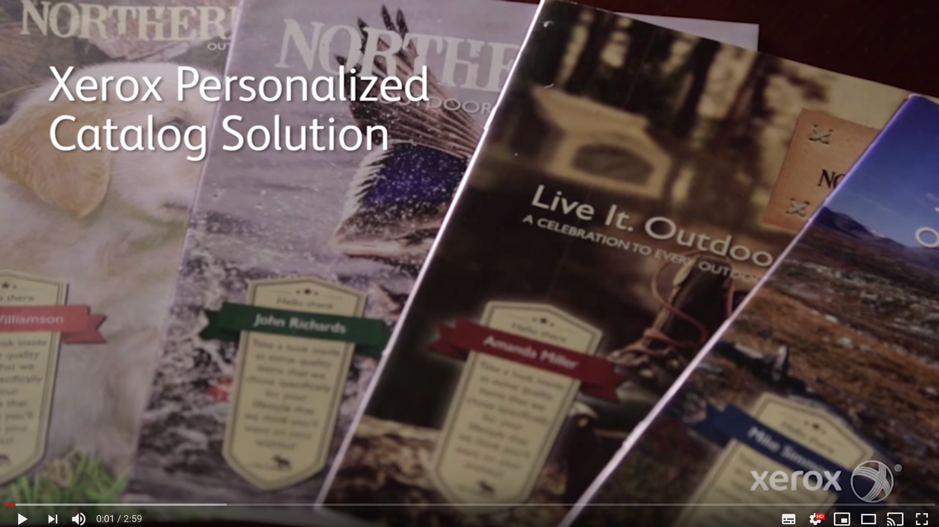 Personalisation is the key to the future of marketing, and the video above conveys just some of what is now possible. Now, the printer can invoke automated translation of collateral between any of 44 language pairs. The artificial intelligence based technology to facilitate this is exemplified by the Xerox ConnectKey ecosystem: a collection of smartphone-like business ‘apps’ loaded onto the printer – or accessed digitally – which deliver translations of unprecedented accuracy.

More AI techniques are on the way, and it’s certain that changes will cause some jobs to be lost, just as the newspaper industry rebelled over the transition from creating layouts in hand-set lead type. But let’s remember, it wasn‘t the new printing press technology which caused the demise of the newspaper industry, but rather the demand for access to news via the internet.

There's more in our Artificial Intelligence series - have you read:

Part of our Artificial Intelligence series

Explore the uses of Artificial Intelligence (AI) in the production print environment, taking examples of the Xerox Baltoro, Iridesse and FreeFlow technologies and exploring the benefits.